According to the latest data, homes are going under contract at their fastest pace in nine years, and there is not enough inventory on the market to fill the needs of buyers. Combining these two factors, you get a supply and demand relationship that could be extremely favorable for home sellers. However, the problem is that it might not last much longer.

The data looks great, and some experts think it'll continue
According to the latest data from the National Association of Realtors, pending home sales rose by 3.4% in April to their highest level since 2006. On an annual basis, the gain was an even more impressive 14%.

What makes these numbers even more remarkable is that this rise in activity is taking place at a time when prices are rising at a rapid pace and the inventory of homes for sale is low. According to the report, the median sales price of an existing home in April was $219,400, a year-over-year gain of 8.9%. 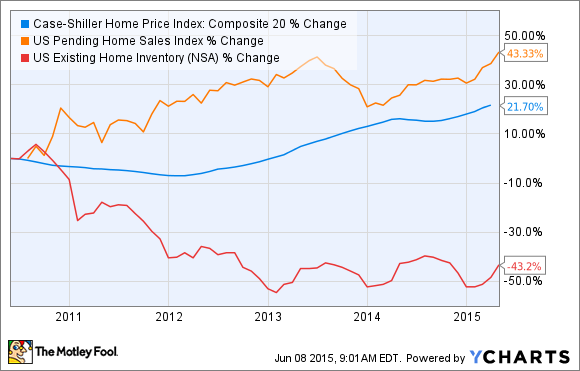 The market seems to be quite strong heading into the summer selling season, and many experts agree. Real estate professionals are reporting more frequent bidding wars, and houses selling in a matter of minutes in some cases. In fact, the CEO of Redfin recently said that we're going to see stronger price increases over the next few months, and the summer is historically the strongest time of year for home sales. According to Realtor.com, the site is experiencing 35% higher search volume than last year, so there's no reason to think sales volume will decline anytime soon.

There could be several reasons for the rise in activity. For starters, even though mortgage rates have risen a bit, they were near record lows when the April data was collected. There were several changes in the mortgage market this year that are making it easier for first-time buyers to get into the market. Or, the rising home values of the past few years could be making it easier for formerly underwater homebuyers to sell, and purchase new homes.

Why now may be the time to sell
Basic economics tells us that when the supply of something goes down and demand for it goes up, the price will rise, and that is exactly what we're seeing in the real estate market. There are nearly 16% fewer active listings than there were last year, and more buyers are in the market, as I mentioned earlier.

Another motivation to sell is that not only are homes selling for higher prices than in recent years, they are also selling faster. In fact, the average home in the U.S. stays on the market for 66 days, which is 11% faster than last year.

Plus, mortgage rates aren't likely to stay low forever. The Federal Reserve is widely expected to raise interest rates later this year, and mortgage rates are virtually certain to increase as well. Even though mortgage rates have risen recently, they are still extremely low on a historical basis, and we may see an even higher-than-expected level of activity this summer as people scramble to take advantage of the low rates while they last. 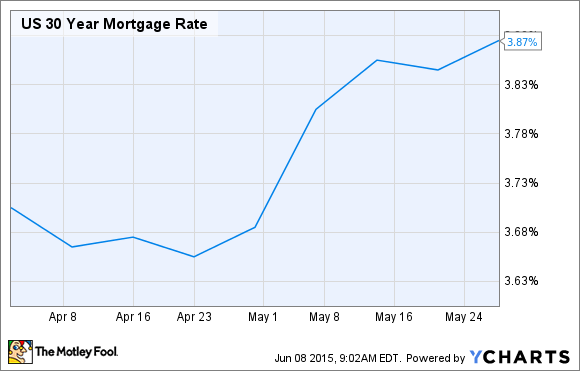 Nobody knows for sure, and every market is different
To sum it up, all indications are pointing toward a sellers' market in most of the U.S., at least for the time being. Still, bear in mind that nobody knows for sure what the real estate market will do in the months or years ahead, and every individual market is different. With that in mind, make sure you do your homework and consult a professional who's familiar with your local market before making any real estate decisions. And, if you do decide to sell your home this summer, be sure to make the effort to do it right.

We use cookies to enhance your browsing experience and deliver our services. By continuing to visit this site, you agree to our use of cookies. More info